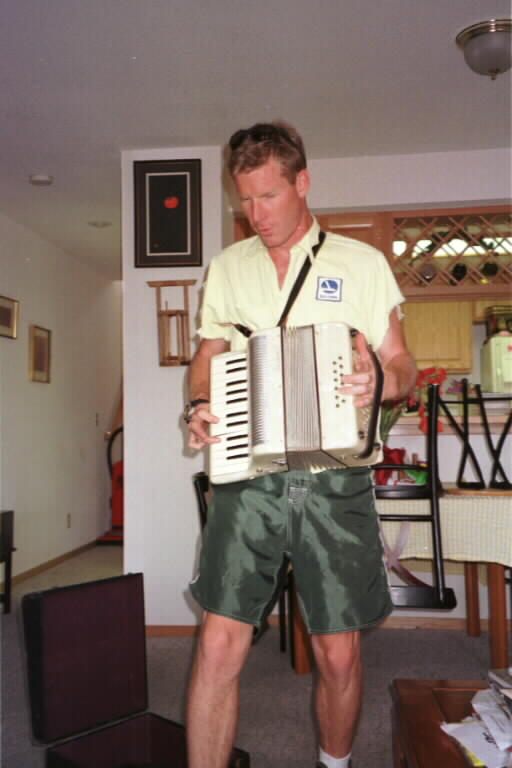 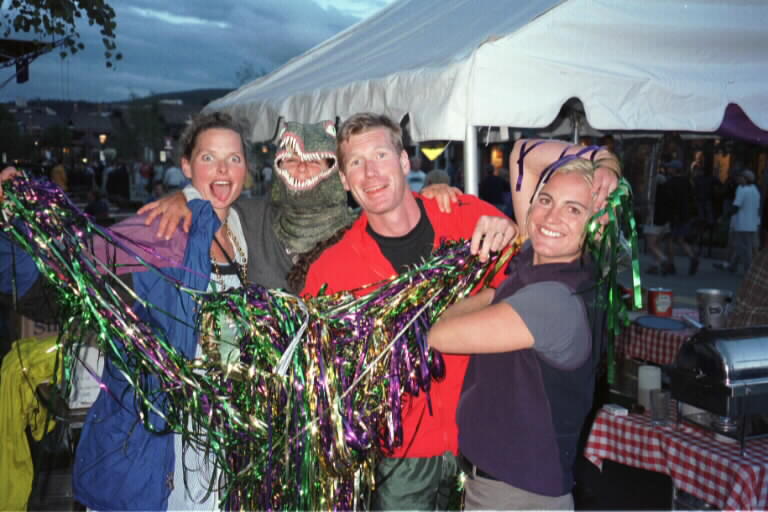 This is the man who coined the name Weaselville back in the Garmisch days in 1990. We had a little clay whistle and he would say "blow the weasel whistle and the weasels will come runnin'". He always had a grin and a laugh when he said that. You will be terribly missed, Paul. This website is a tribute to you. 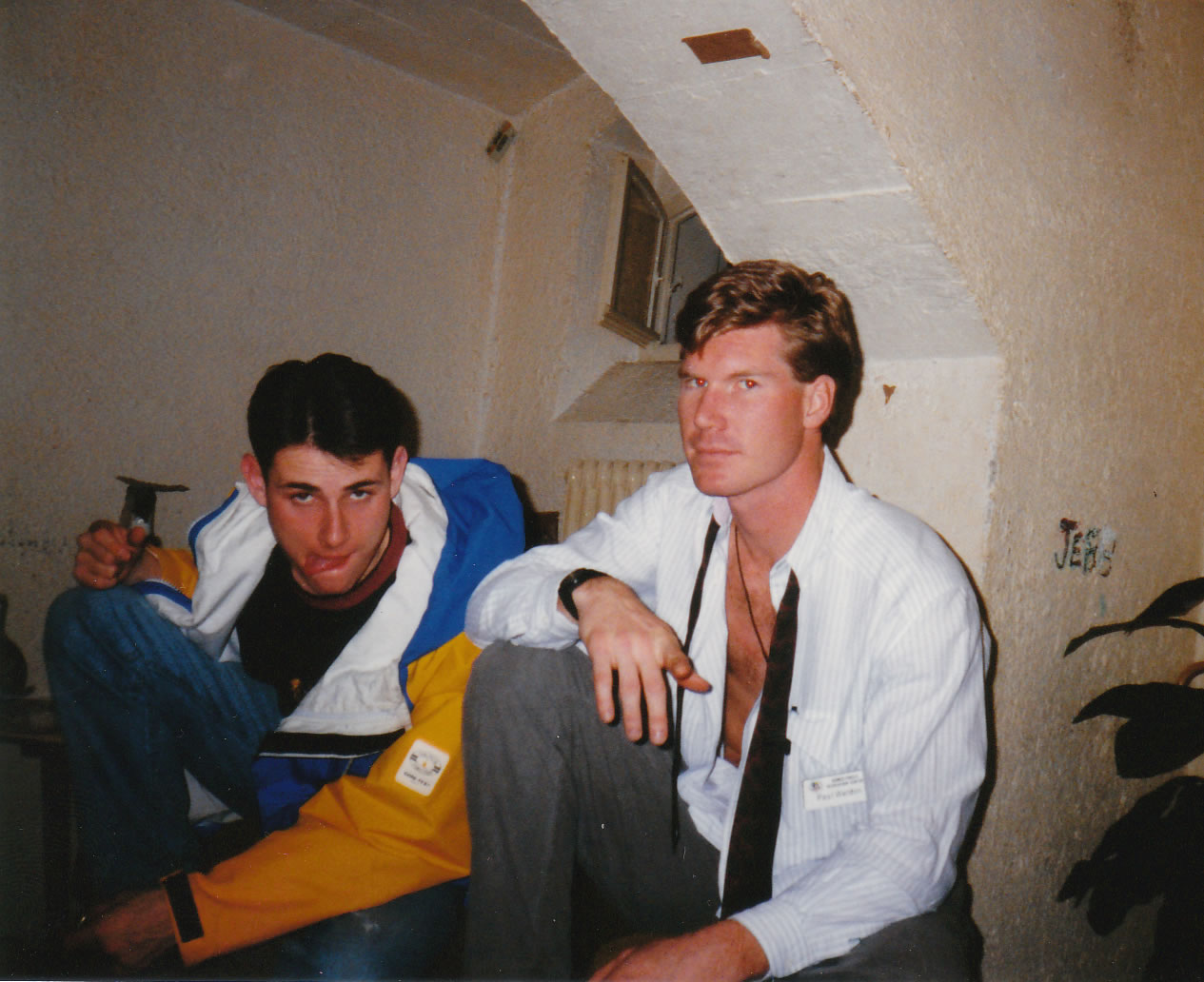 Room 6 Abrams basement days. Paul was working the front desk at the time.

Paul was one of the coolest cats i ever met. We met in garmisch. His Awesome charm came through is his funky vibe when writing songs and nuggets of cool calm wisdom when partaking. We roadtripped to Berchtesgaden together with a tall young chap we picked up in Chiemsee and explored nazi tunnels under the mountain through a collapsed entrance. Then of course the Jane’s Addiction concert he rented a van to transport 9 of us down to Munich to see. I owe everybody an apology for my atrocious behavior that night. I really am sorry. But he was just cool and calm about the mess I had created with the van and we dealt with it. Throughout the years since it has been wonderful to touch base with him to be inspired in sobriety and excited and motivated by a his life, energy, and dreams. Rock on, Redneck. You will be missed

Here are some pictures from Germany: 1) Me and Redneck getting down at Salvatorefest. 2) Paul and his cousin Jerry. 3) Paul, Eric and Julia. 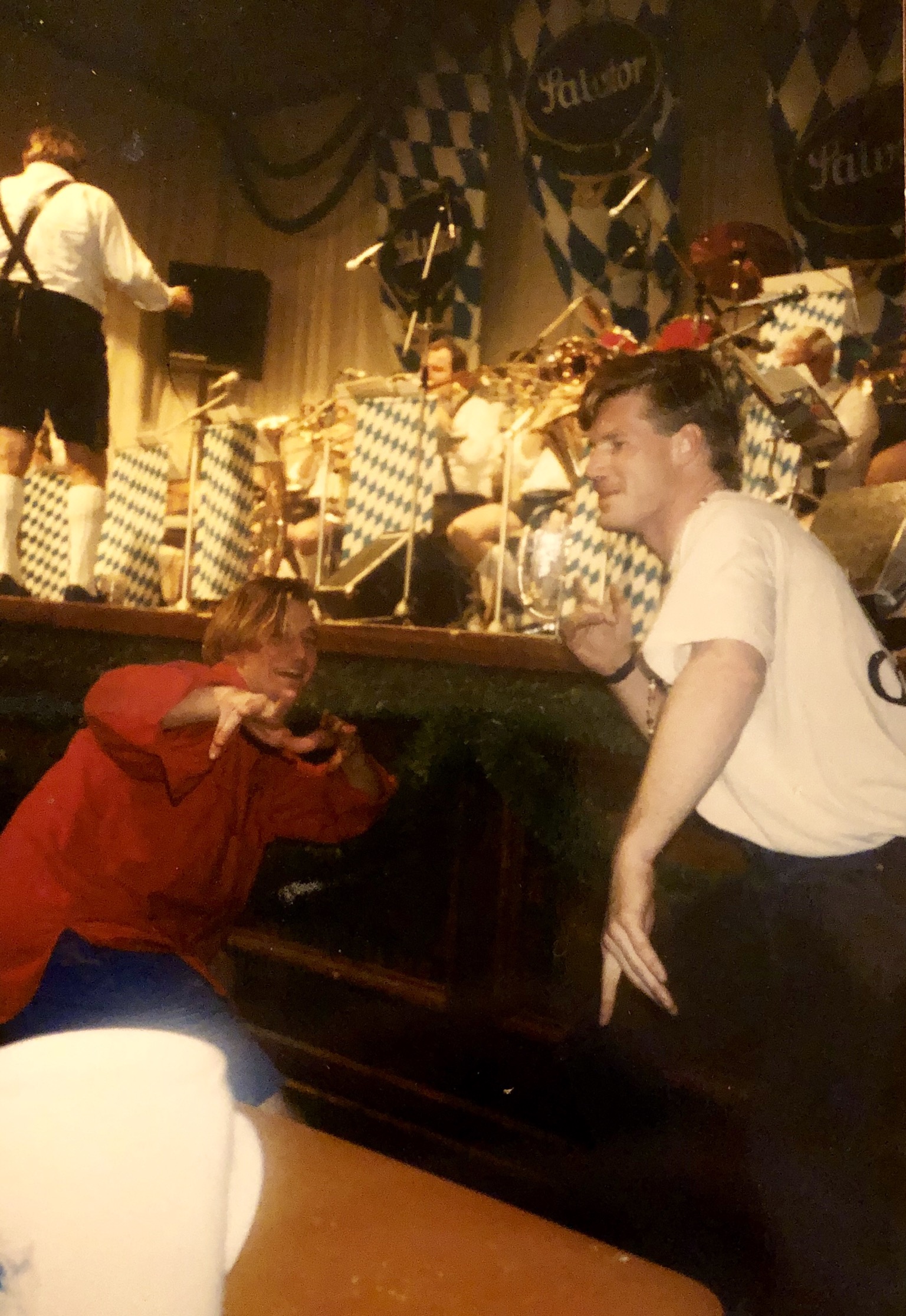 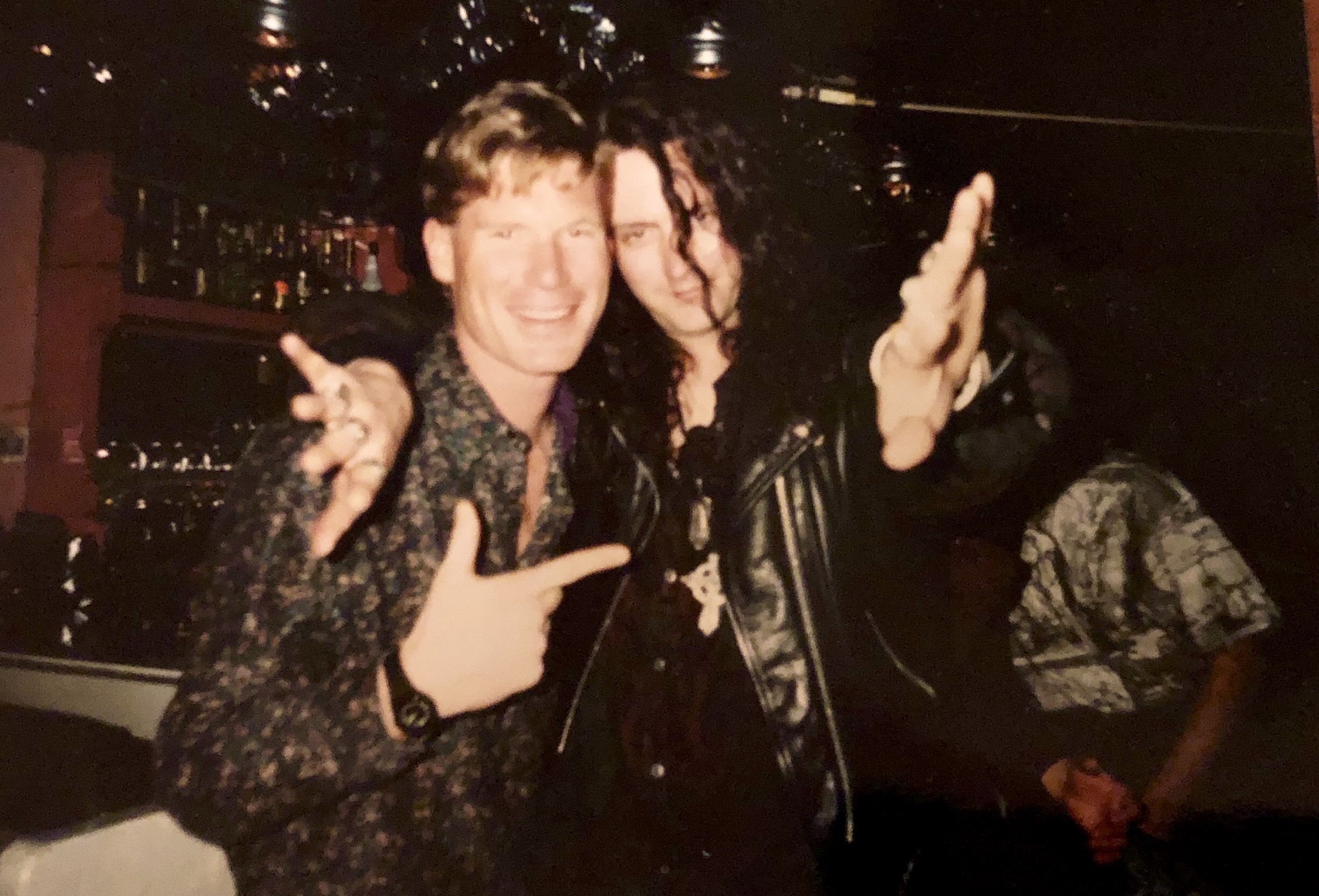 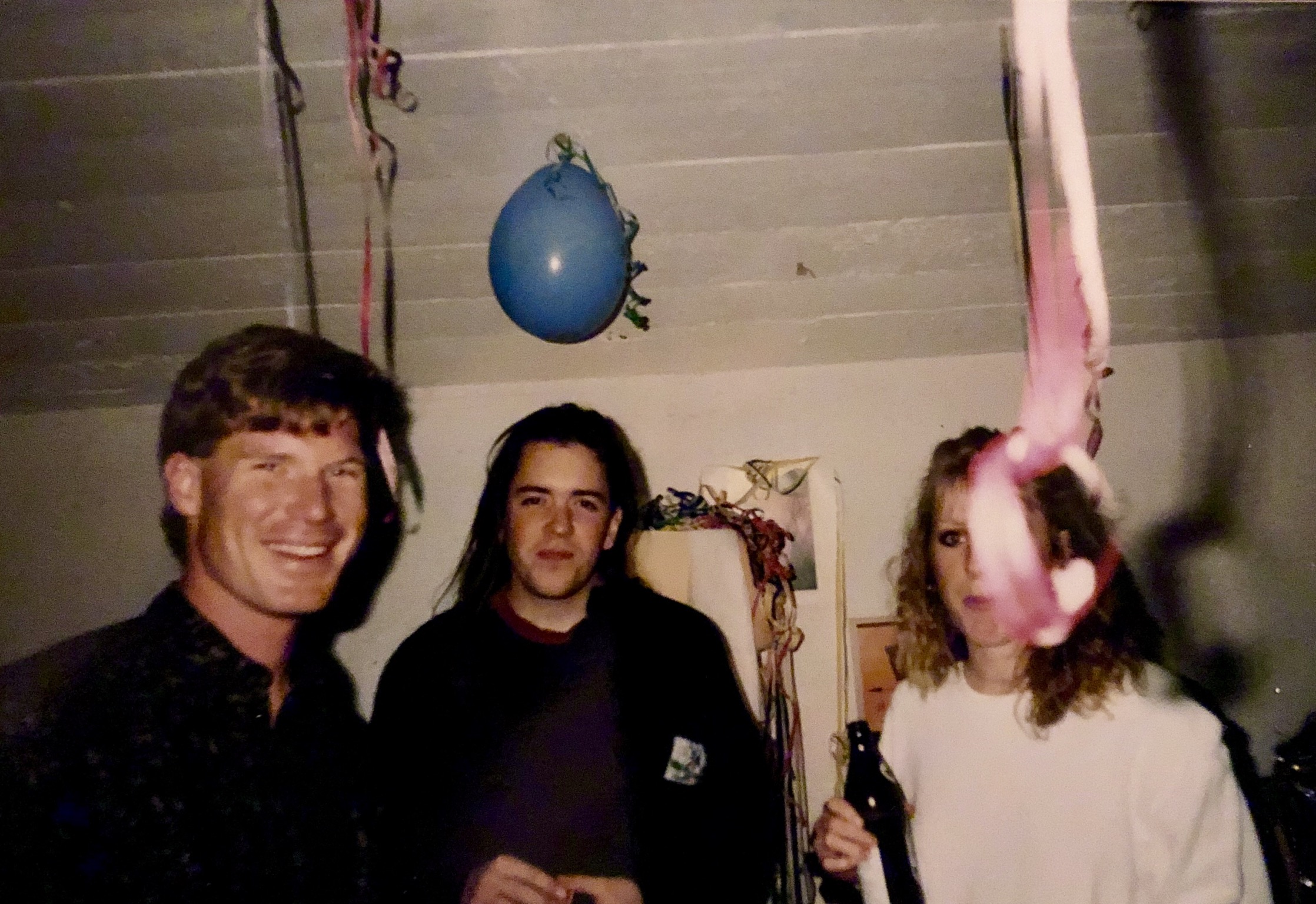 Paul “Upright” Weldon.. I met him at the gym in Garmisch. He saw my Ga Bulldogs hat and we were friends from then on. He told me about growing up in Okinawa, Atlanta, and going to school in Munich.. Paul was a great song writer and had his own cool style that was catchy. We spent time together skiing in Germany and Colorado. He was encouraging and light hearted, a big kid with a flare for making friends. He looked out for me as an older brother would, telling me his advice and concerns. I sang one of his songs to my kids tonight and they started swaying to the rhythm and tapping on the table. Paul brought so many friends together over the years.. what a network! The last few years, when Paul called me or I him, his favorite subject was his two daughters whom he loves very much. A very proud father and very grateful to be a part of their lives. I’m grateful to have had so many great times and a true friend.. I can always hear his laugh in my mind..and see him snap his fingers with that whipping motion. I’m alright, you’re alright, whoa baby baby I’m alright! Sky is blue, the clouds are white..oh baby baby I’m alright. Some people they dawg ya, fuss n’ fight, oh baby baby I’m alright. 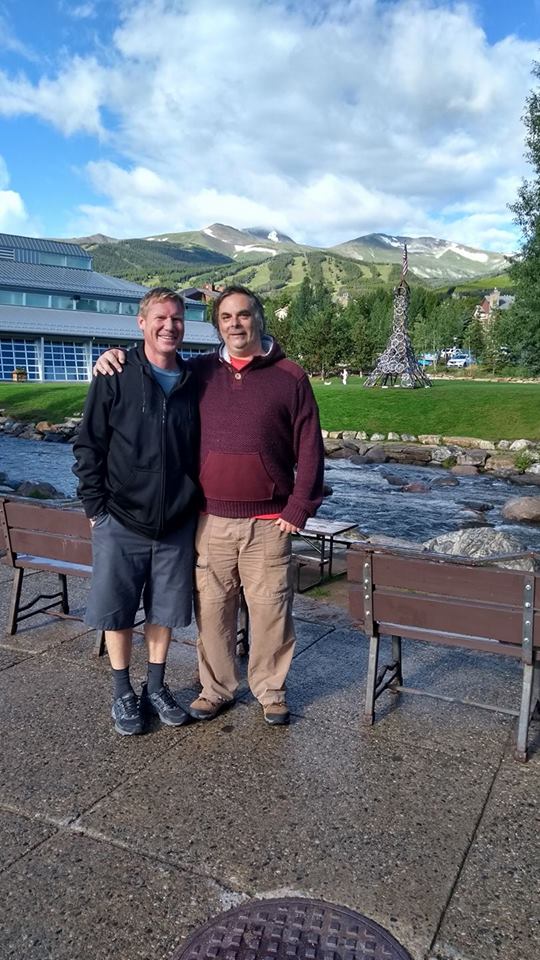 We met up again after nearly 30 years and it was like the intervening years had never happened. Miss you mate. 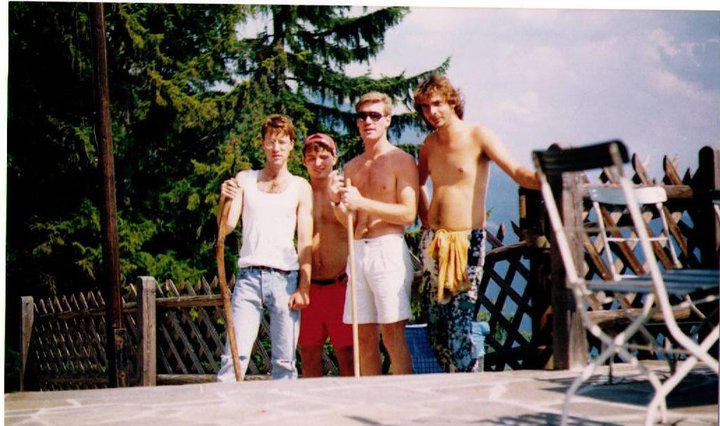 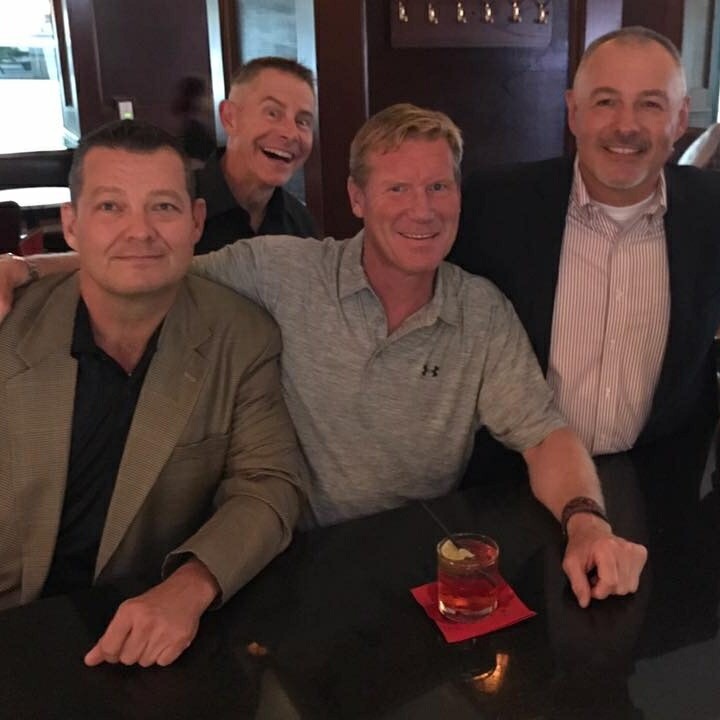 Paul, can’t believe you’re gone 😢 Sent you a message Friday night to confirm the dates for our April Mexico trip, so thankful we were able to do it last July. You were a unique cat who touched so many lives, it was an honor to be your friend for 37 years. (Me, you, Willie and Bill in OKC) Love you brother ❤️ 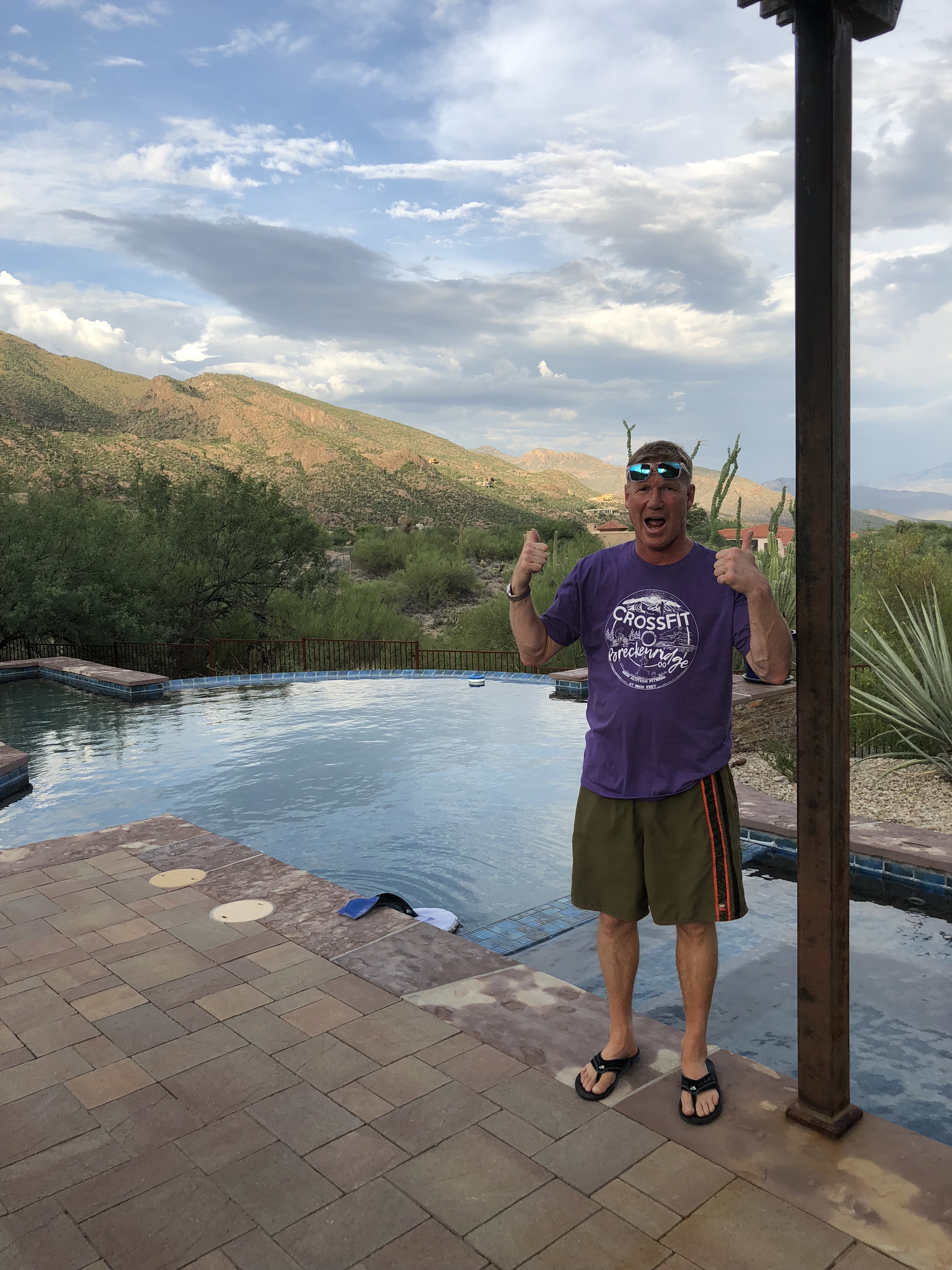 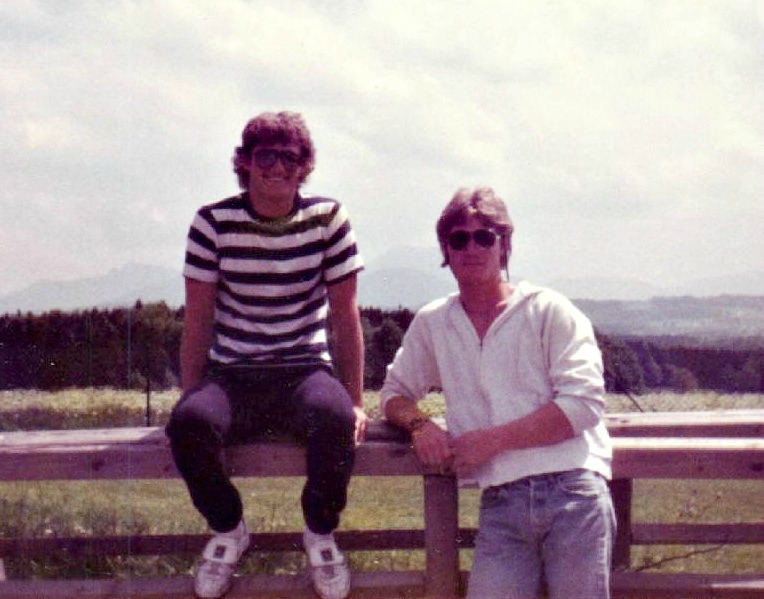 Headed to Berchtesgaden to work a beer tradeshow (which included a free and gorgeous suite at the Vier Jahrzeiten), my friend Nicole and I got a ride there from Munich with Paul and Eddie K. We had so much fun on the ride there, they ended up sharing our suite (totally rated G) the whole time we were there. One night we were getting ready to go to dinner and I had my head flipped over blowdrying my hair. He came over to smell it just as I whipped my head back. I think I broke his nose. Once the pain was gone, he thought it was hilarious. Paul was so authentically himself. In recent years, we mostly argued about politics but always with a sense of humor and a kind word at the end. He truly was a bright and shiny light with such a huge heart. I can't believe he's gone. :( 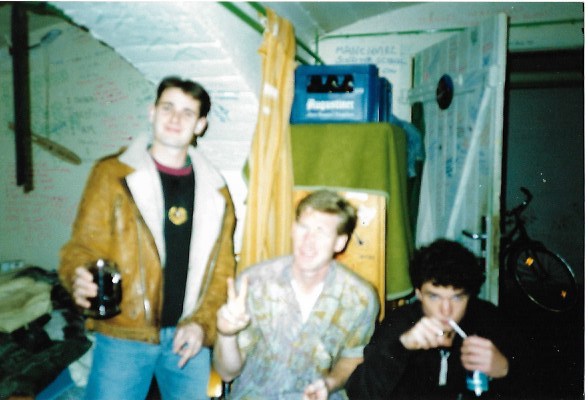 Paul, I have so many great memories of my time and adventures in Bavaria with you and others. Mountain bike rides and hikes you encouraged me to join in with and yes, Oktoberfest and the occasional beer! Thank you for helping me feel at home in GAP when I first arrived and for the brotherly advice when I needed it, and for the friendship and fun. 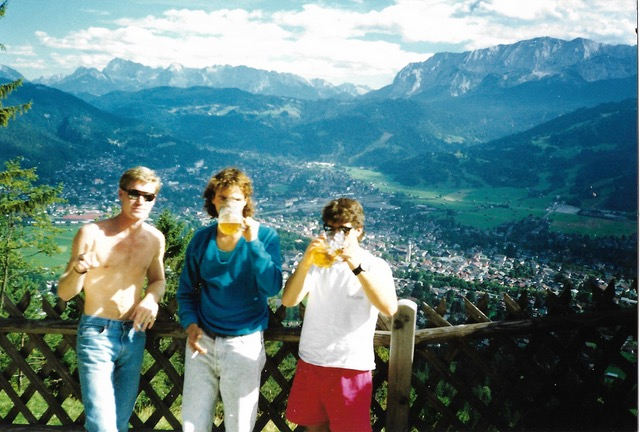 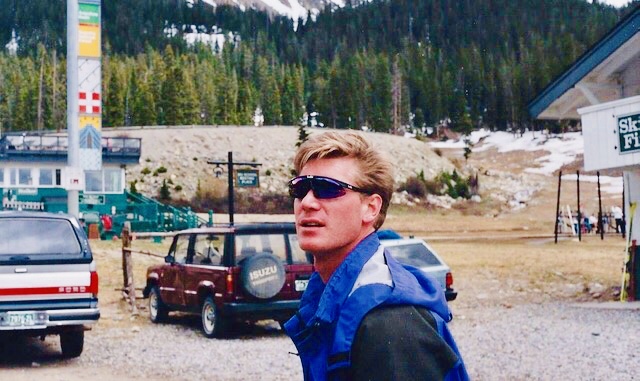 Paul Elliot “Upright” Weldon was The Man. Too many memories to sift through, falling golden leaves. 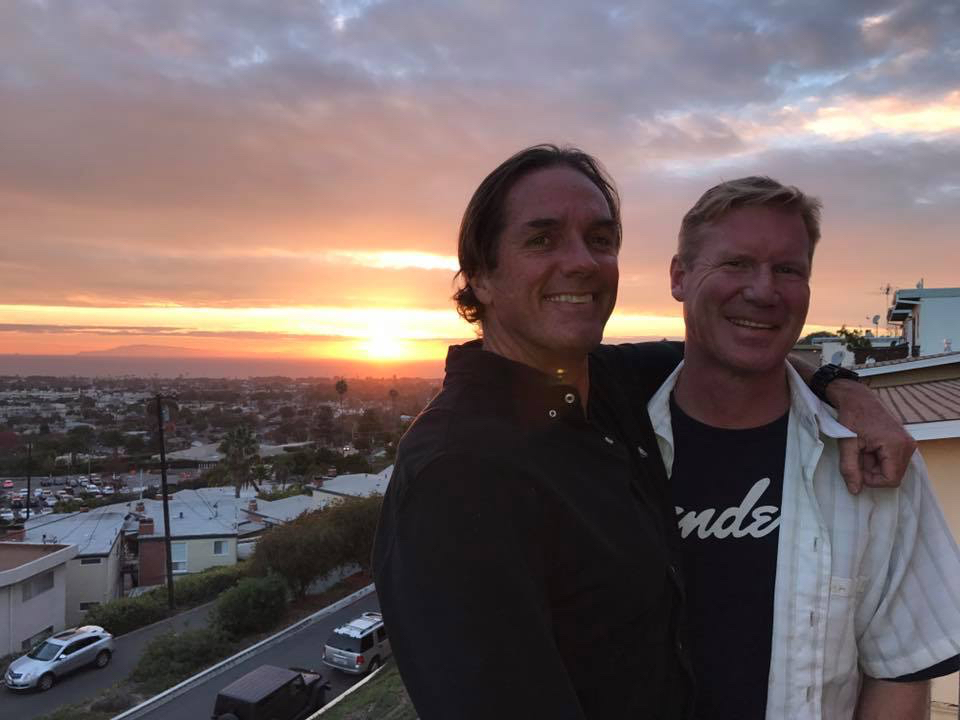 Talk about randomly, repeatedly reconnecting with an awesome guy around the world and over the course of decades. We were wresting teammates at Kubasaki high on Okinawa. Fast forward to Munich Germany a few years later, and this guy (who had grown considerably since Okinawa) walks up to me in our little college Rathskeller, grabs me by the shoulders and goes, “Bruce, it’s Paul!” Take it forward another decade and we’re all just starting to find one another on this new “Internet” thing, and old friends are saying, “Weldon’s got this cool bar in Breck - we should all go!” We did. A few year’s later, I’m visiting Mom and Dad in Destin, Florida - and lo and behold Paul is living a few miles from them so we get together again! Not long after that, Paul gives me a buzz to say he’s moved to San Diego - and it turns out he had moved about a mile from my house! That was Paul for me - a lifelong friend weaving in and out of my life at the weirdest times, in the weirdest places. I honestly can’t think of another person that is still my friend to this day that I’ve known longer. This pic is us two years ago. You are missed.

I knew Paul from Okinawa, from Kubasaki High School and from our church, Central Baptist in the Makiminato area. Paul's dad, John Weldon, was our principal at Kubasaki but I actually knew Paul earlier. He was a student Okinawa Christian School at the time . His parents and my parents got to be close friends. When Paul came to Kubasaki we started to spend more time together. He was a fun-loving guy with a big boisterous laugh and a crazy sense of humor. He had a knack for getting into trouble but somehow always seemed to charm his way out. I heard a story about how one time he was called into the principal at Okinawa Christian School for walking across Highway 58, a major thoroughfare, which was a violation of school rules. He pleaded innocent because he had actually cartwheeled across the road. Later, when his parents retired to the Atlanta area after a stint in Germany, I spent some more time with Paul's family because my wife grew up in the Atlanta area and we were often there. We were with Paul and some of his relatives when each of his parents passed away, within a relatively short time frame. Paul continued on with his life, later marrying. My wife Sarah and I had dinner with his wife and him in Baltimore once in the early 90's, before his daughters came along. We were not in very close touch after that until the last few years on Facebook. Paul had some hard knocks in life but he always kept going. He never felt sorry for himself but picked himself up and kept on. He clearly loved Lily and Meg in a beautiful way. I'm glad they have had the kind of relationship that is so evidently based on unconditional love. You were a good friend, Paul. I'm glad I had the privilege to know you. May you know peace in Eternity in God's loving presence. May your family feel the same love. 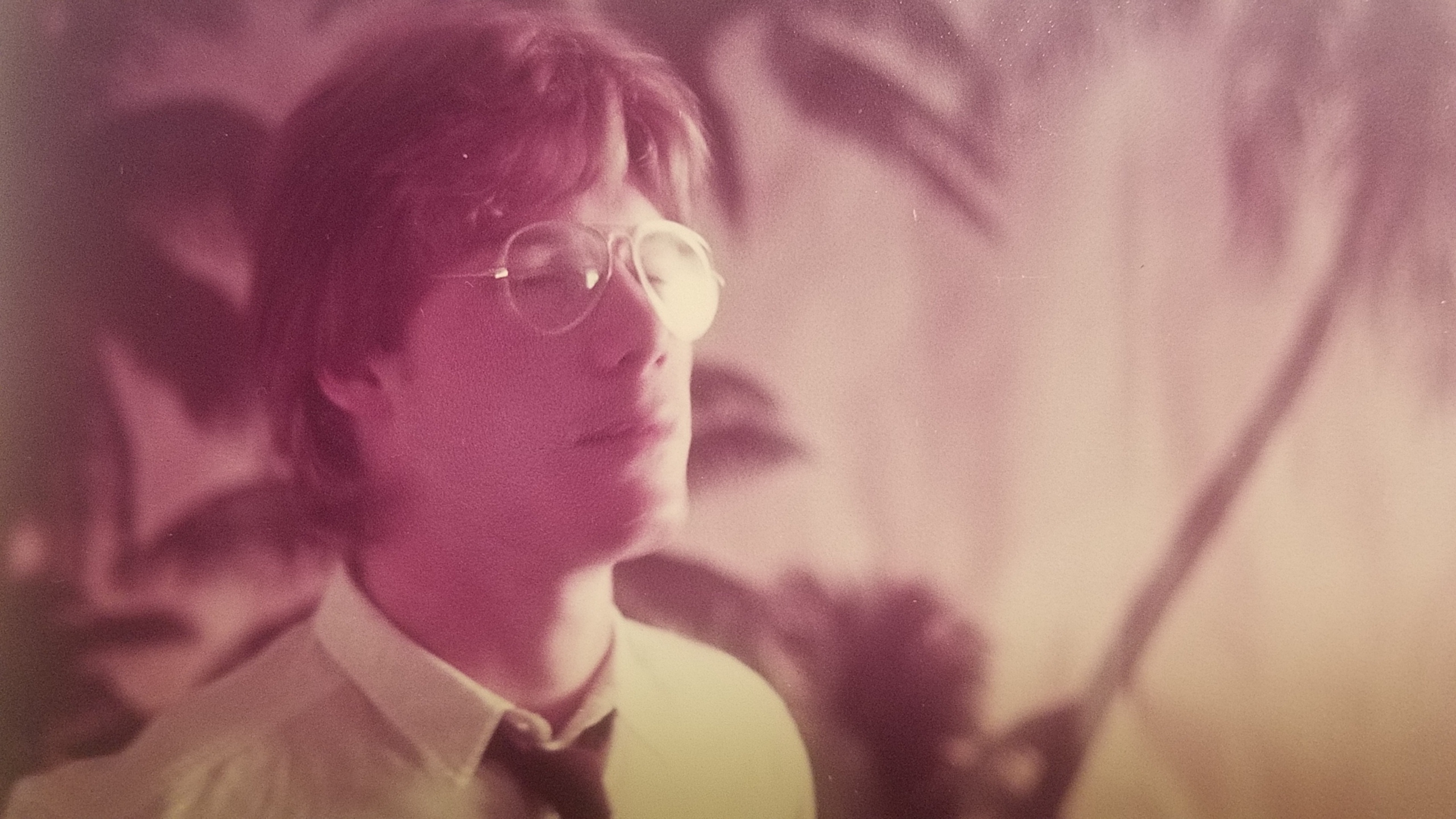 Paul, you showed us all how to lose ourselves in music, how to live fully, and how to dig out of a deep dark hole. I am so sad, I lost a friend and a brother. Paul, 1982 U of M Munich dorms, music playing. 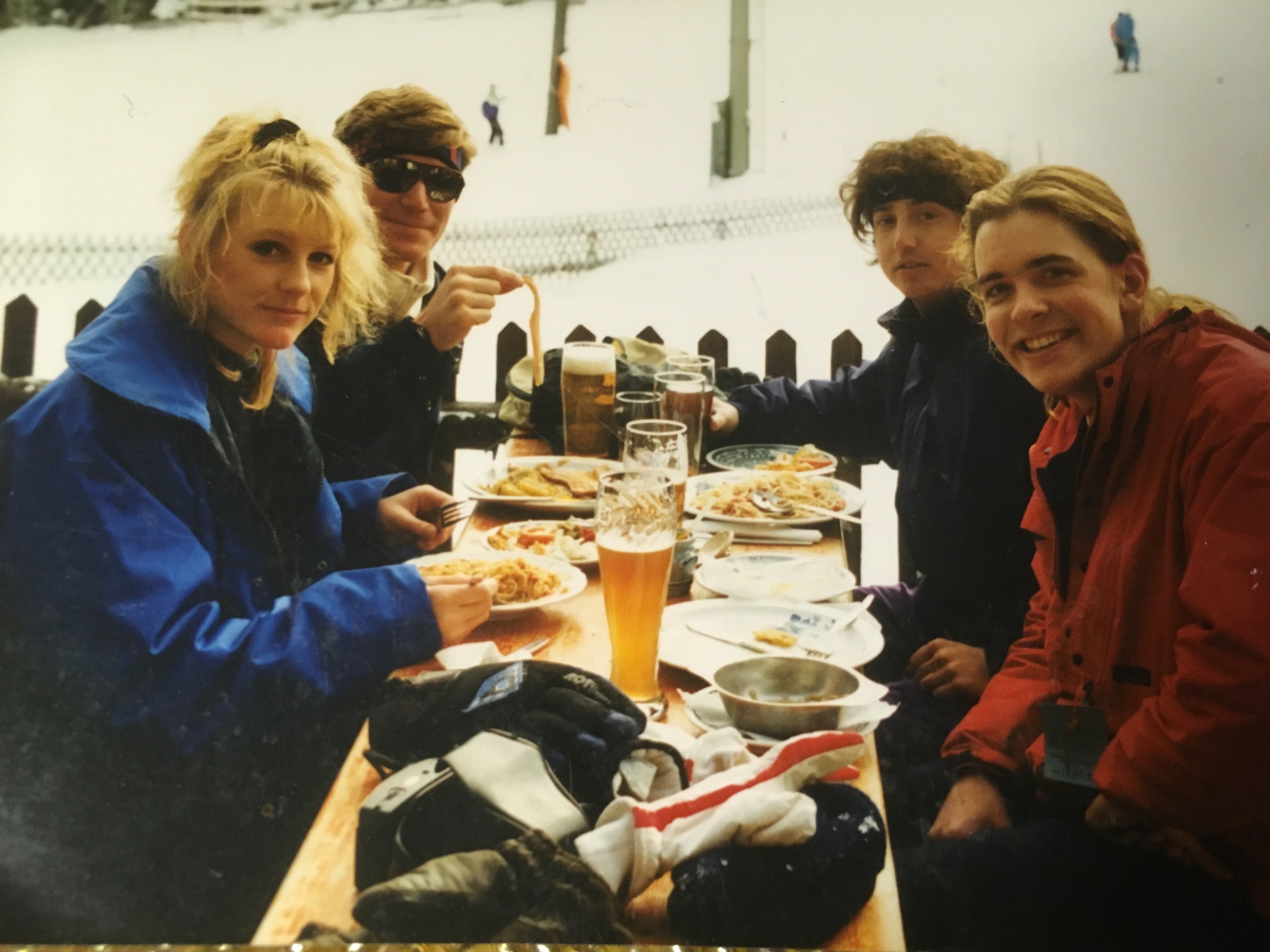 Paul was such a great guy to spend time with. He was always there with a laugh or a joke and many times with a rhyme. I have such great memories chatting at the Loft or in the basement. Then there were adventures, skiing, concerts, hikes. We’re going to miss you Paul! You were one in a million. 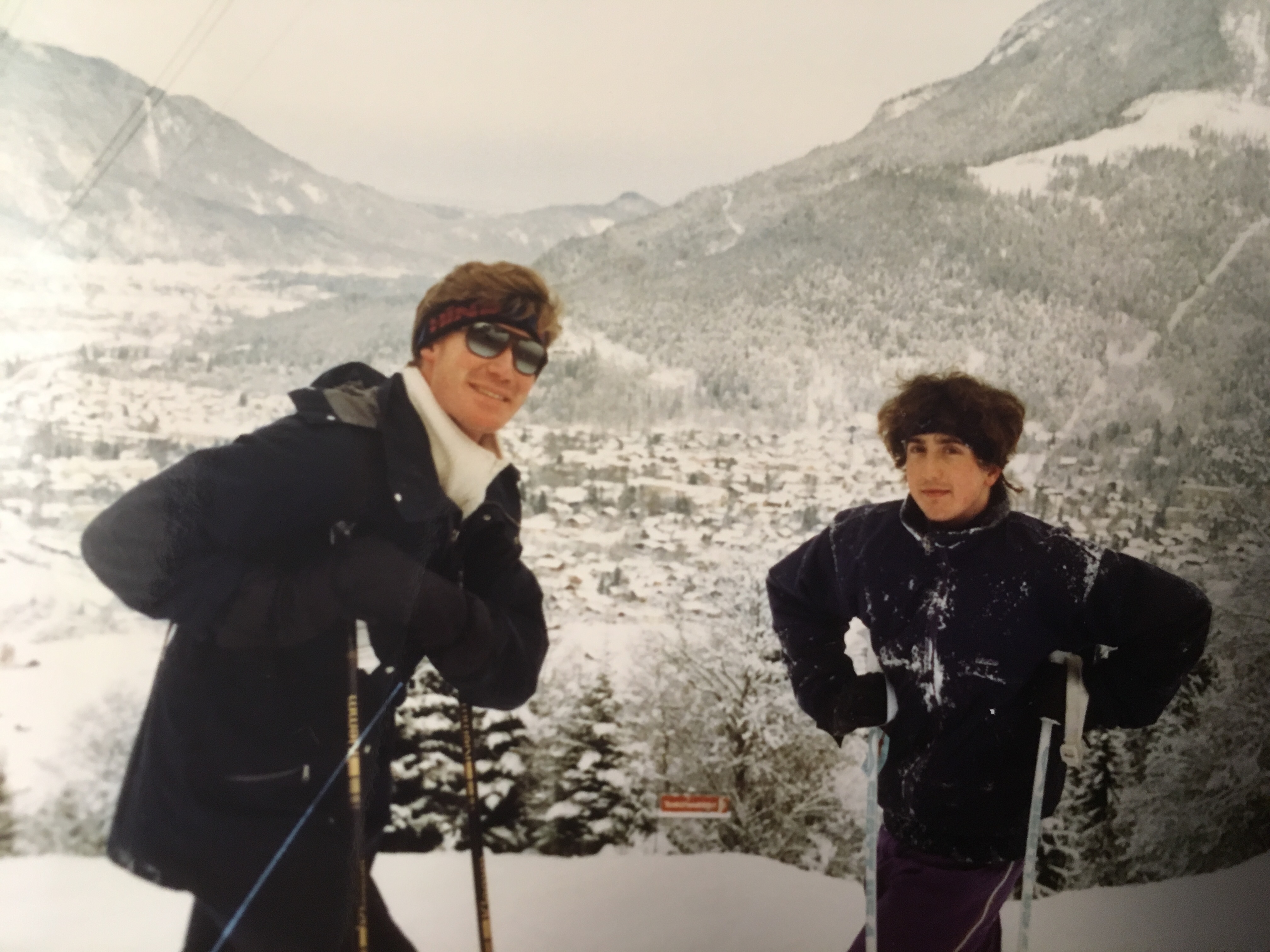 Lost a good friend Paul Weldon. When we first met, we shared a love of music. Have seen over 1000 and maybe 2000 shows with him. We created a business together. We hit the beach and surfed many times. We skied countless times. Hiked up Wise Mountain Summit County in the middle of a blizzard(Not Smart, but we made it) In the Summer we climbed mountains, hiked canyons. We rafted and canoed so many rivers. We played Golf and Frisbee Golf. I will always cherish our time around the campfire in places like Georgia, Florida, Colorado, Utah and Arizona. We looked to the stars and heaven and appreciated God's Creation. Rest In Peace Brother 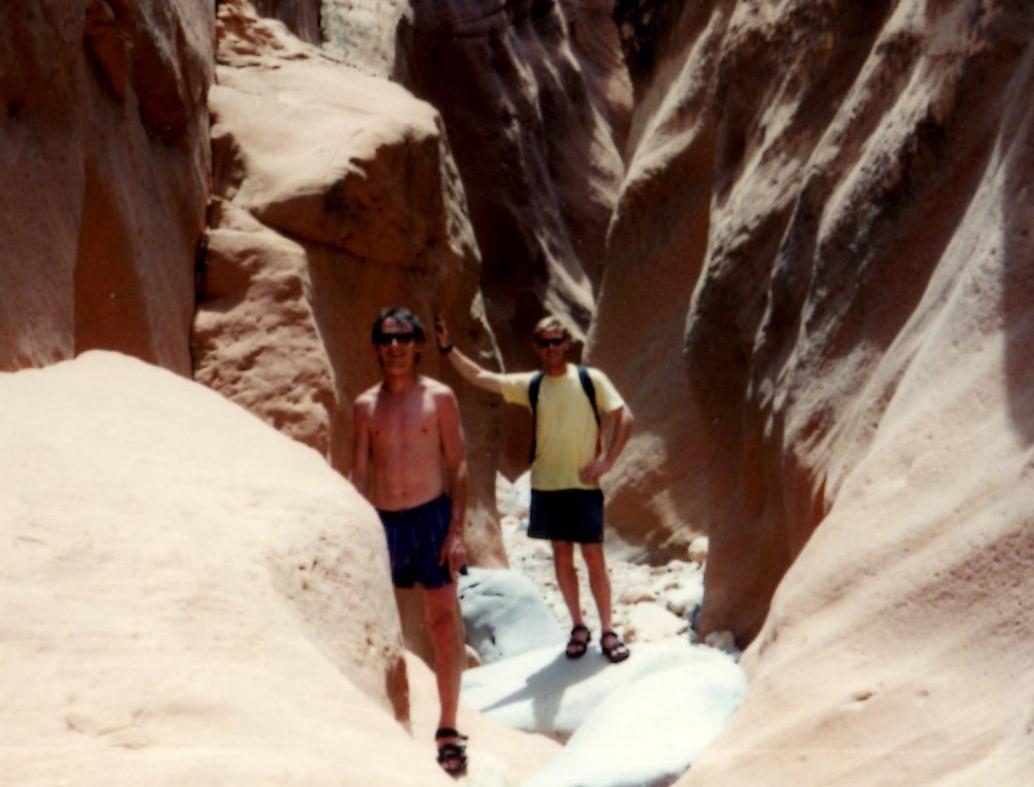 Scanned a couple of pictures from before digital. 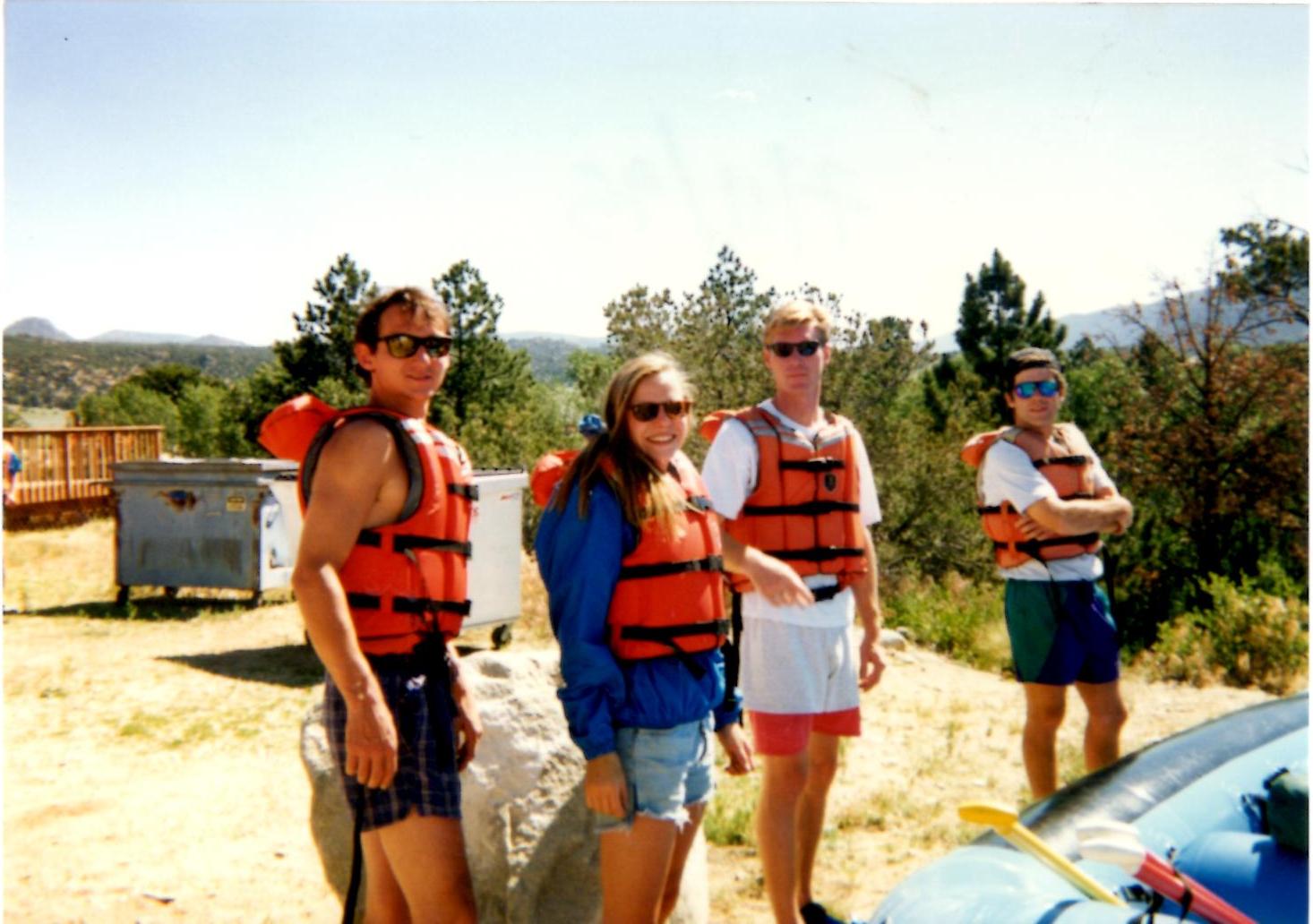 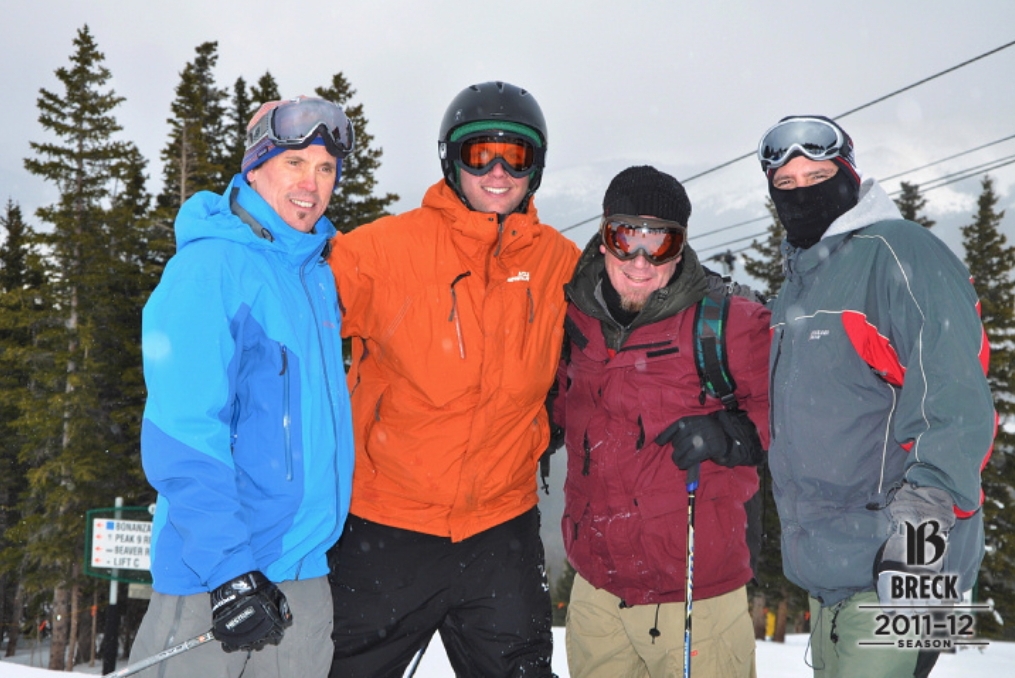 Paul was one of my firsts friends in Breck (1995)as well as my boss at The Gator . I just resently spent a weekend with him and he was doing Great !!! I’ll miss you Brother ..Eat Ta Corn !!! 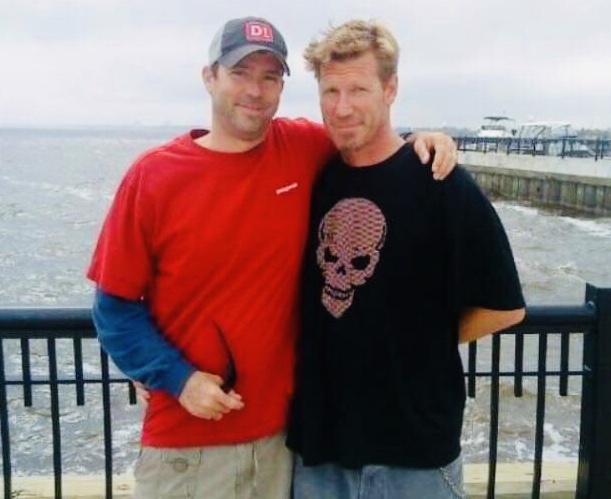 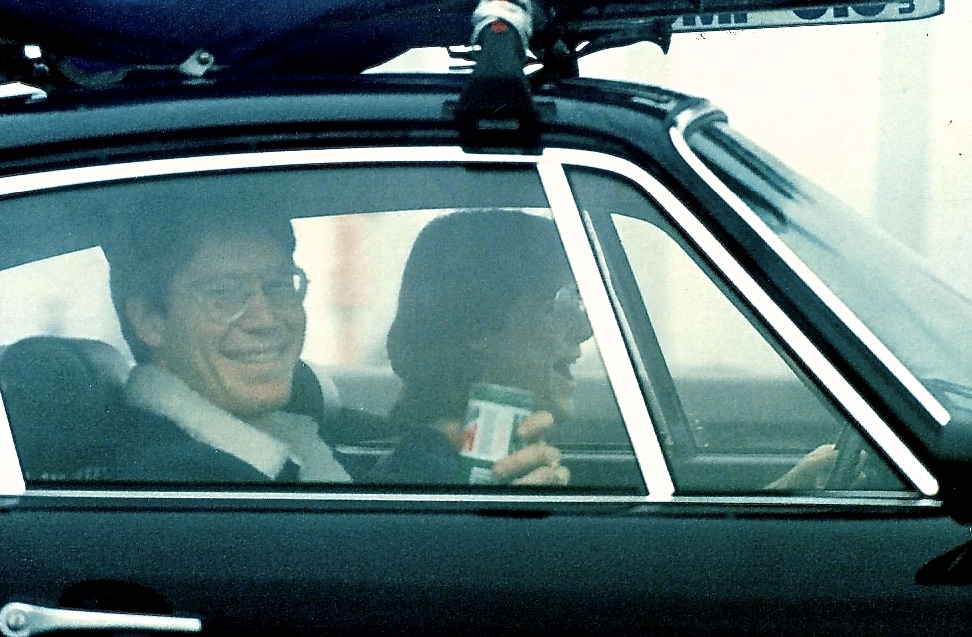 Paul and Danny Caruso on the way to the Alps. Me and Eddie Krasauskas taking the snap from the wing position. Miles to go, before we ski. 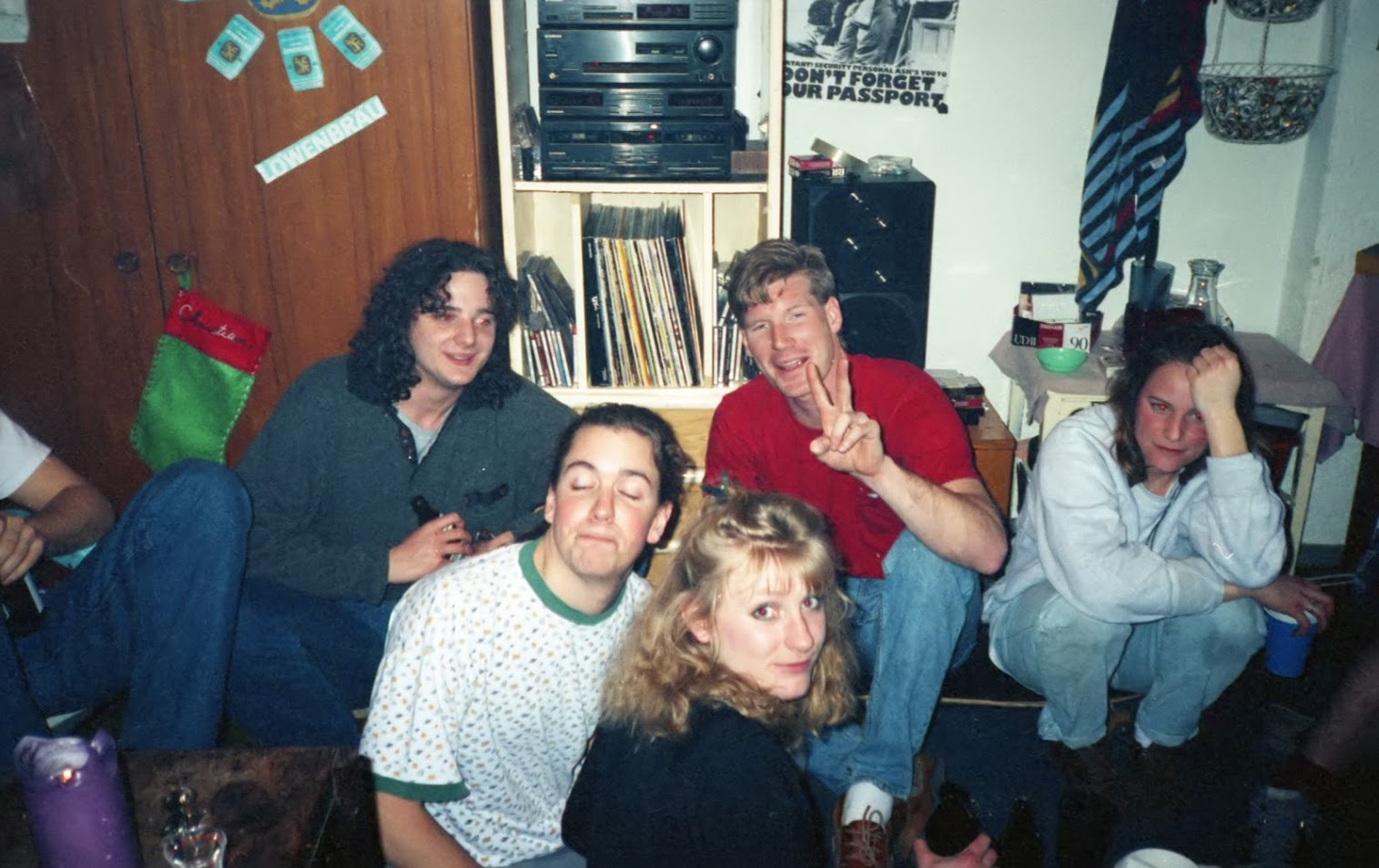 Another one to share. Paul circa 1990 Abrams basement room 49. 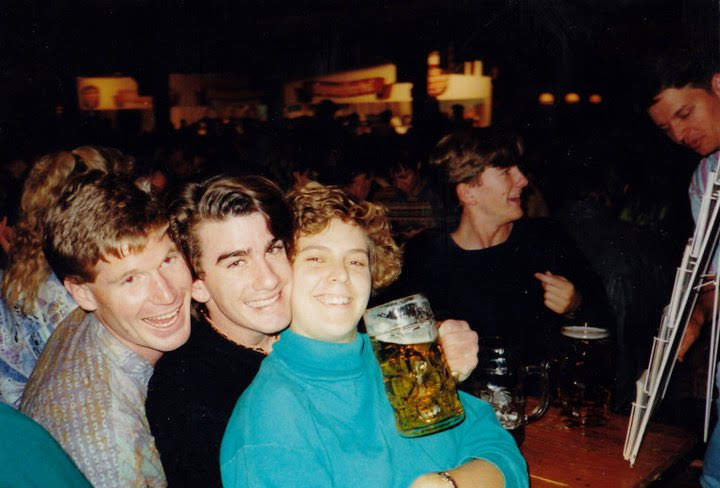 One last one. Paul at a fest with Devin, Katie and myself. I am seriously saddened you are no longer with us Paul. 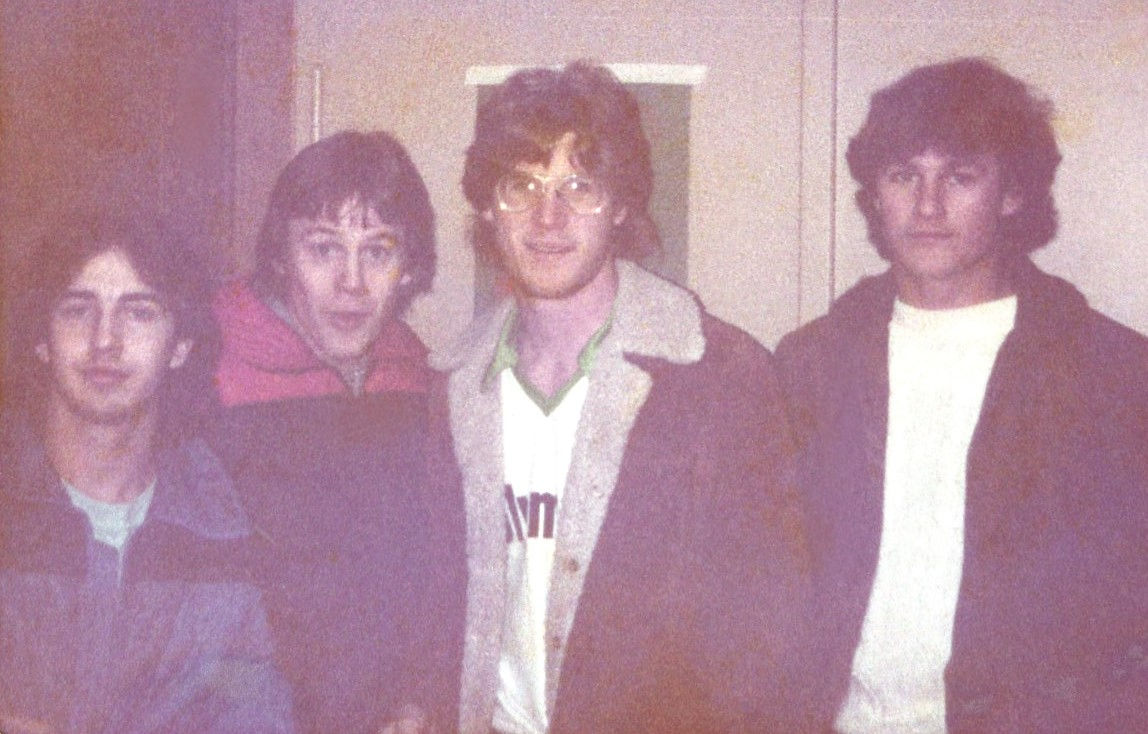